I’ve been MIA for a minute, but I promise I have a good excuse! (and no… I’m not pregnant.)

Goodness gracious it’s been a while since I’ve posted. I’ve missed you guys!!

Since it’s been a while, I wanted to give you a quick update on what’s going on with me, 1. because I’m always curious why someone who I’m following suddenly falls off the face of the planet… and 2. because I think you might find some encouragement and support in the season that I’m in and how I’ve been dealing with it.

Not to sound too dramatic, but the past several months (several years actually) have been rough. I’ve been seriously fatigued… and it’s just gotten worse and worse.

But, the truth is, I didn’t… and I kept sinking farther and farther into this deep exhaustion that began to affect every area of my life.

I would do a load of laundry, literally moving it from the washer to the dryer… and I’d have to take a break and go lie down.

The laundry, among other simple, daily tasks, were becoming activities that I dreaded more than trying to get through the “dollar section” at Target with an unleashed 3 year old. I knew in my gut that this seriously could not be normal.

Despite my knowledge that conventional doctors may not be able to figure out what was going on, at least unless it was glaringly obvious… I continued to go back to my primary care doctor over and over, starting to feel like a crazy person when I kept essentially being told that nothing was wrong with me!

THEN WHY AM I SO FREAKIN’ TIRED ALL THE TIME??

…Is it my thyroid?

…Is it my hormones?

“Nope. You’re fine… I don’t know why you’re so exhausted… maybe try exercising more and eating less… once you lose weight, you’ll feel better… it’s all a matter of ‘calories in/calories out’ after all.”

…Is it my adrenals?

“It might be… I don’t really know… if you’re stressed, you should probably work out less since exercising can stress the body even more if you want to lose weight.”


To his credit, I do actually think he’s a great doctor… he’s just using the only tools he’s got in his repertoire to use. That’s really one of the primary issues with our conventional health care system… but more on that later.

Anyways, after almost a year of beating my head up against the wall… I finally went to a group of awesome Functional Medicine doctors that have Finally figured out what’s going on with my body… and more importantly, how I can (fingers crossed) FIX it!

I’ll go into more detail with some further posts… and, since some of it is actually a little new and fresh for me, I’m still researching to make sure I actually know what I’m talking about! 😉

Basically, they found that I AM hypothyroid (surprise!)… and have severe adrenal dysfunction (no duh.)… but the biggest issue right now is that I’m extremely immune-deficient and my body has been battling some pretty tough viruses. One of them being Epstein Barr. That last one Totally threw me for a loop.

One of the tell-tale signs of, well, practically everything I’ve been diagnosed with is… Pure Exhaustion.

When the doctor told me he thought it might be Mono (an acute manifestation of the Epstein Barr virus), I was thinking “whaaaat? that’s crazy.”…  my sister had Mono in high-school, but I never had it… at least, I didn’t think I had. Apparently I was wrong!

I’m going to do an in-depth post covering Epstein Barr (eventually), so I’m not going to cover that here… but basically it seems I’ve had a chronically-acute Mono infection for the past several years. If you’re not familiar with the mononucleosis virus (or EBV), you may have heard it referred to as the “kissing disease”… because it’s spread through bodily fluids (eww.) and the most common transmission is through saliva (hence the whole kissing disease thing).

Surprisingly, even if you’ve never heard of it, you’ve probably been exposed to it at some point in your life. The CDC estimates that about 90% of adults have antibodies that show that they have a current or past EBV infection.

Obviously, I must have been exposed at some point in my life, but now my body is having a tough time fighting it due to a decreased immune system… which might be related to the thyroid, or adrenal dysfunction, or stress… or who knows! The most important thing is that together with my doctor, I’ve been able to come up with at least the start of a game plan for helping my body to heal, and I’m already starting to feel a bit better. This is very good news people!

NOW… how does this relate to you?

Well, quite frankly, I know I can’t be alone here. There seems to be an epidemic of fatigue in our world right now. Think about it… how many times in a day (or a week) do you or someone you know complain about being tired?

I know there are probably a gazillion different reasons behind this mess, but the truth is, we really don’t have to suffer through it. We can make positive changes that will affect our health and overall well being, all we need is the right tools!

These tools (the ones that you can ACTUALLY use to feel better and live better) are exactly the reason I’m here sharing stuff that I learn through this blog. Hopefully you’ll find something useful… and, of course, we can learn together… remember, I’m still learning too!

My 4-letter-word secret for improving my health…

The greatest “tool” I’m currently using to improve my health and support my immune system may surprise you… and for some (myself included)… it may be thought of as one of the dirtiest four-letter words they know! If you wanna know what it is… stay tuned. I’ll be sharing my dirty little secret on Saturday with my email readers.

What’s that? You’re not one of my email readers??

Let’s remedy that, shall we…

CLICK HERE to subscribe to my email newsletter now so that you can discover my top-secret secret for lasting health.

Don’t worry about me. I’ll just wait right here while you go take care of business.

😉 Until Saturday… have a GREAT rest of your week!

P.S. I’m not exactly sure why this post ended up being Ferris Bueller-themed… but I’m also not complaining. 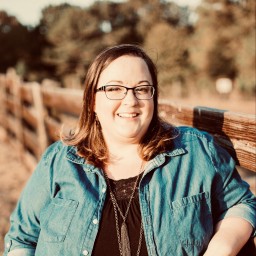